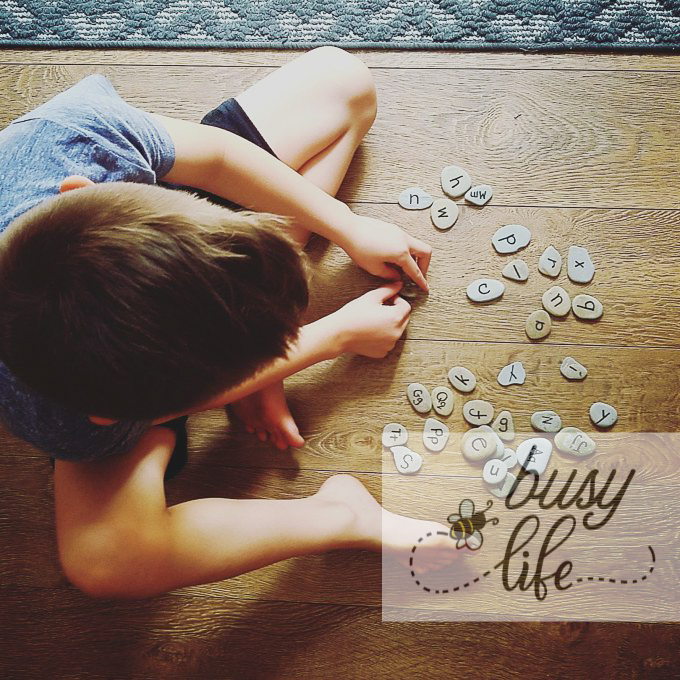 I have two stories to relay to you with this topic. One full of tears and one of ease. The first story begins something like this…

I began homeschooling my daughter at the tender age of four (almost five). She was (and is) a very bright student, of course, being the first child, she excelled at almost everything that was put in front of her…and being the ever eager first-time mother/teacher, I believed that there was not an age too young to put your child on the road to education!

So with the greatest of intentions, I bought a top rate boxed curriculum, a small desk, and all of the school supplies needed to begin our journey into kindergarten.

The first day my daughter met me with all of the enthusiasm a small child could muster. The first few days went swimmingly…but as time went on and the longer I required my wiggly child to sit, I recognized that neither of us possessed the enthusiasm or enjoyment we started with. She willingly did exactly what I asked of her but the joy was not there. Replacing said joys were tears and frustration from both sides as we struggled to keep up with the insurmountable amount of work the boxed curriculum required of us.

Needless to say…that first year of school was rough. As time went on, I began to realize that the before mentioned curriculum was not my daughters cup of tea. Even though it came highly recommended by many, it was not what she needed.

Fast forward to child number two, my son, I did not push him onto the educational train quite as fast as I did with child number one. “Why not?” you may ask…Well, quite simply…I had learned a lot in the four years that passed in between my two children. During that time, I did a lot of studying and had started to realize that there is more to this whole homeschooling thing than just sitting your child down and having their noses pressed into a book.

During this time of growth, we joined a classical teaching co-op in which I had tutored students for two years. Being a part of this co-op, allowed me to meet other homeschooling mommas and through them, I learned many new ways in which I could make our homeschool life more of an adventure and less of a chore.

So, armed with this new knowledge, I taught my son through the art of play. We learned our ABC’s by singing them in the car as we drove to the park, our 123’s were learned during a game of hiding and seek. By the age of five, I knew he was ready… BUT, there was no purchasing of a set boxed curriculum. We learned to write our ABC’s one letter at a time. Instead of sitting down at a table and drearily doing countless worksheets…we would watch youtube videos about the said letter, or have scavenger hunts looking for items that started with the letter of the day or exercise our writing in sand or the dirt…I think you get the idea. We had fun and while doing so, my son flourished into a very well educated and happy student.

You know they say, “Hindsight is 20/20”. I wish I had known all of the above before starting to teach my daughter at the age of four! I wish I had allowed her that one lost “year of play”. Now, don’t get me wrong! She recovered…lol… So, my caution to you is this… don’t start them too young…and always have fun! As a homeschooling mom…it can be tough but continue to have fun amidst the difficult times. Sure, you will make mistakes, but try to learn from those around you! Watch your kiddos and learn their learning style! Think twice before starting them way too early! But most of all, have fun! They are only little for a few years…and before you can blink…they are spreading their own wings.